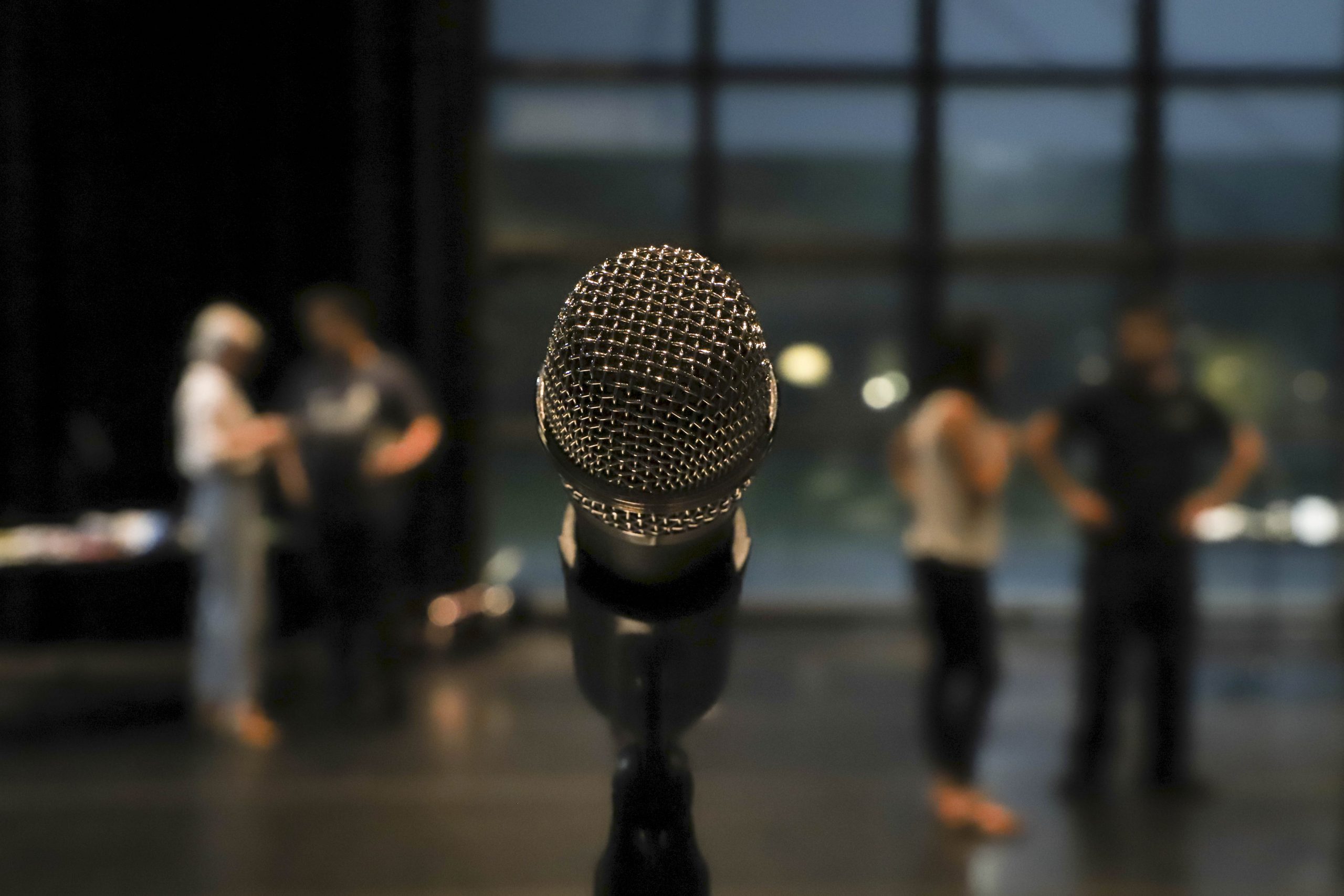 About the 20/21 Digital Commons

The Commons Festival and Residency returned for the Carolina Performing Arts 20/21 season in digital form. The Digital Commons is an initiative devoted to supporting artists by fostering local creative community and discourse in and around the Triangle.

Under the Commons, four Triangle-based performing artists were awarded artist residencies at CPA in fall 2020. The residency culminated in the Digital Commons: a streamed performance festival presented over four weekends in February 2021. The Digital Commons festival featured performances from the Commons artists-in-residence, as well as “Shop Talks,” roundtable events bringing together current, emerging, and aspiring arts professionals to discuss important aspects of the field. Commons partner INDY Week published pieces about the artists and their process in the “Commons Crit,” a special section in their online paper.

Watch any of the 20/21 Commons Festival performances on our YouTube channel, where you’ll also find recordings of our Commons Shop Talk series and a post-festival interview with the artists.

Anthony “Ay-Jaye” Nelson found dance as a young teenager, falling in love with the freedom of expression that movement allowed. Dancing in earnest from fifteen years on, Nelson’s career has led him to seek training in a variety of styles, building his repertoire in Contemporary, Modern, Hip-Hop and Jazz, and refining his focus in a personal style that blends these traditions. Over the past decade, Nelson has performed with renowned choreographers in the Triangle and beyond, gravitating toward emotionally charged work and contemporary pieces with a social conscience and goal of bringing movement to a broad and diverse audience. Nelson’s belief in the power of dance to change lives and the world has led him to the classroom to share the gift of movement with students of all ages and backgrounds. To support and stay updated, find out more at AnthonyNelsonJr.com

Ayanna Albertson is a writer and spoken word poet from Durham, NC by way of Goldsboro, NC. From early childhood, Ayanna has enjoyed the art of storytelling through poetry, singing, and performance. Ayanna received her BA in broadcast journalism from Oakwood University in Huntsville, AL, further investing into her passion for creative writing. She is a part of the Bull City Slam team, and has participated in various national poetry competitions using her gift of words to impact, empower and inspire others. She’s been crowned the Bull City Grand Slam Champion for three consecutive years, and after competing against 93 poets at the 2020 Women of the World Poetry slam, Ayanna was ranked 2nd best woman poet in the world. Ayanna is very passionate about advocacy and desires to be a voice for her community. Ayanna’s motto for her work is “I don’t wish to be famous, I just want to be heard.”

Eternal the M.C./Eshod Howard was born and raised in Clinton Hills, Brooklyn, N.Y. with the knowledge that he had a message to deliver to the world. He began to really work on his craft while studying psychology at Shaw University in North Carolina. His industry influences include both local and national hip hop artist like Rakim, Jay-Z, Biggie, Yasiin Bey [Mos Def], Jeezy, Skyzoo and Kendrick Lamar. When he realized his passion, he became serious about picking a stage name. He noticed people gravitated towards his music and his words. “I thought long and hard of a name to exemplify how far I’ve come and where I plan to go, hence Eternal was born. I proclaimed myself Eternal because I want to live forever through my body of work.” He aspires to make music to cause conversation and touch people’s souls. “I want my music to be able to invoke change for the better. I want my music to connect to the greatness in every person.”

Johnny Lee Chapman, III is an interdisciplinary artist from Fuquay-Varina, North Carolina. Chapman started writing as a “Tumblr poet” in 2010 during his first year at the University of North Carolina at Chapel Hill, as a student in the Dental Hygiene program. In 2014, he leaped from the page to the stage beginning his career as a spoken word artist. By tapping into the power of oration, Chapman tackles current issues within the community while expressing his sensibilities. Since then, he has performed both regionally and nationally and is an active voice within his Triangle community. His professional range has expanded to include facilitation of poetry showcases, workshops, and keynote speaking. Chapman also operates as a visual artist under the name The Golden Moment, utilizing the mediums of film and photography to convey emotion without explanation.

As part of this experience, the Commons artists were each paired with a writer, whose work on the artist’s residency was published in INDY Week’s “Commons Crit” section through the end of the festival. The 20/21 embedded writers were Kyesha Jennings and Howard Craft.

More about the commons

The Commons Festival was founded in 2019. A “commons” is defined as “land or resources belonging to or affecting the whole of a community.” In an ideal community, each member contributes resources to a shared pool; these pooled resources, in turn, benefit each individual. The goal of the Commons is to strengthen the performing arts activities of the Triangle, North Carolina area as a site of community, discussion, hospitality, and process. The 2019 Commons artists were Eb. Brown, Daniel Coleman, and Joie Lou Shakur; Justin Tornow; and Megan Yankee. The Commons Crit writers for 2019 were Victoria Bouloubasis, Michaela Dwyer, Stephanie Elizondo Griest, Don Holmes, Danielle Purifoy, and Chris Vitiello.

The Commons residency took place during the fall of 2020, housed in CPA’s CURRENT ArtSpace + Studio. The artists in residence filmed their performances in December 2020.

CPA staff and selected artists and collaborators will adhere to COVID safety protocols whenever working in CPA venues.

Carolina Performing Arts is adhering strictly to guidelines pertaining to COVID-19 by the University of North Carolina System and the North Carolina State Board of Health. Our policies are informed by industry best practices, and include safety mitigation plans, cleaning protocol, and limits on venue capacity. CPA staff will work with each artist group in the Digital Commons 20/21 to determine a plan for rehearsal and filming according to CPA’s safety protocols. These guidelines may change at any time. Artist groups for this project are limited to ten people.