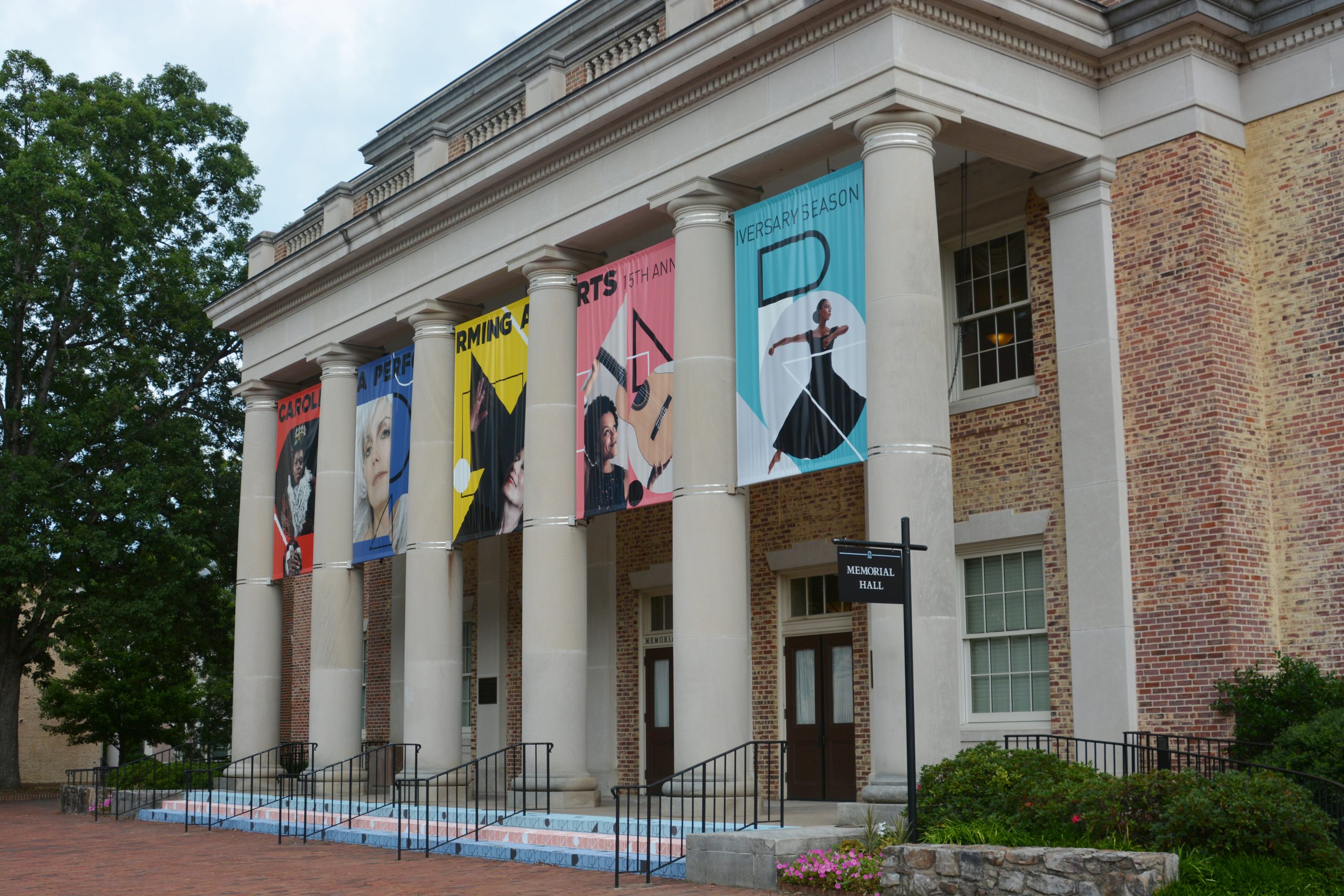 Located at the heart of the University’s campus, Memorial Hall is CPA’s largest venue, home to theater and dance productions, orchestral concerts, and much more. Originally built in 1885, it was renovated in 2005 and reopened for the inaugural season of Carolina Performing Arts.

In the original Memorial Hall, tablets were installed containing the names and histories of individuals tied to the University of North Carolina at Chapel Hill. These tablets from the original building were transferred over when Memorial Hall was re-built in 1931. Carolina Performing Arts recognizes the problematic history with many of the names and histories displayed on these tablets.

We are currently working closely with the University Commission on History, Race, and a Way Forward to address the issues with keeping these tablets visible. Additionally, we have been in conversation throughout the last year with all areas and levels of campus to ensure that we are doing what we can to make our staff, patrons, and the community feel safe within Memorial Hall until there is a plan of action in place. We are committed to doing our part to dismantle the deeply embedded systems of racism and oppression on our campus, in our towns, and in our country. 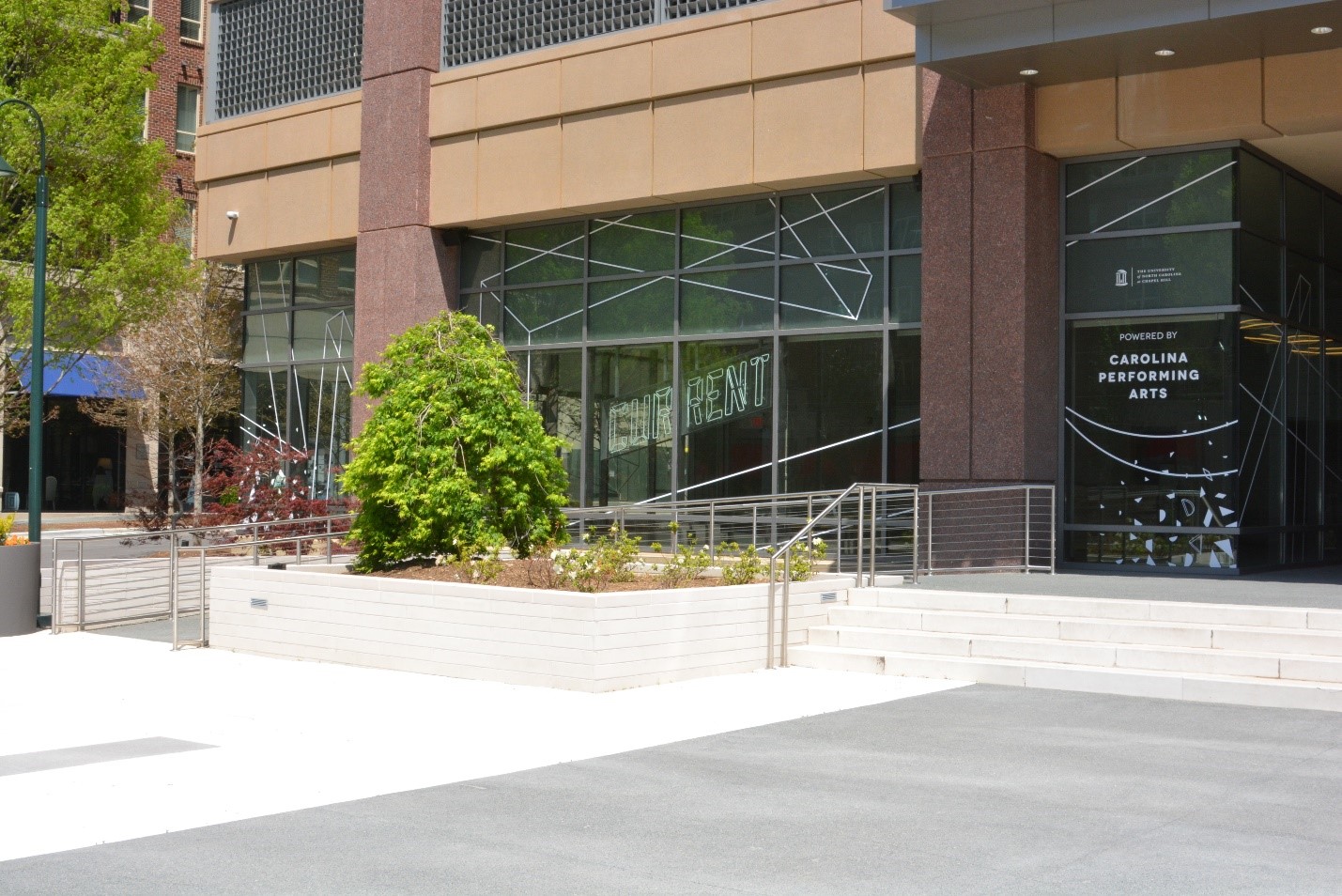 CURRENT’s 7,000-square-foot state-of-the-art space features an adaptable black box-style theater and a multi-purpose studio. In addition to hosting immersive performances and installations by cutting-edge artists, CURRENT serves as the physical and intellectual home for our Fellows and artists-in-residence to collaborate with faculty, students and the community. Visitors can find everything from artist talks to post-performance gatherings, workshops, and other artistic and community events. 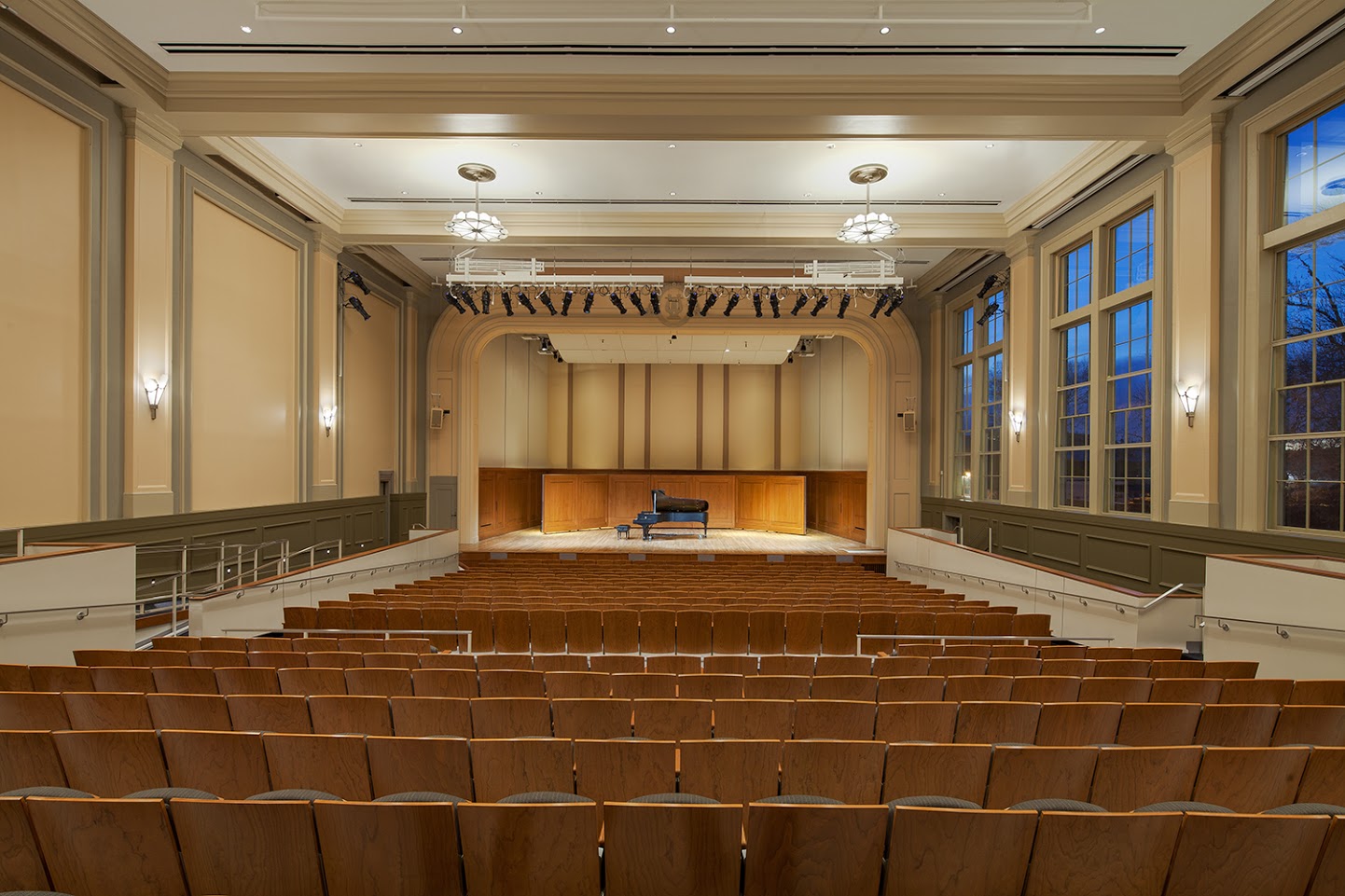 Located in Hill Hall, the James and Susan Moeser Auditorium is home to recitals and other intimate performances by world-class artists and ensembles. The cornerstone for the original building was laid on June 1, 1907. Funded by Andrew Carnegie, the building served as the University’s first consolidated library. In 1918-19, it even served as headquarters for Carolina Playmakers when Thomas Wolfe was a member. The music department moved to the building in 1930, and it was renamed Hill Hall for the late John Sprunt Hill, a UNC alumnus, and his family.

The historic heart of the music department in the College of Arts and Sciences, Hill Hall received a multi-million dollar renovation in 2016. Work centered on improvements to Hill Hall’s rotunda and 450-seat auditorium. The auditorium was renamed the James and Susan Moeser Auditorium in honor of the former chancellor and his wife. 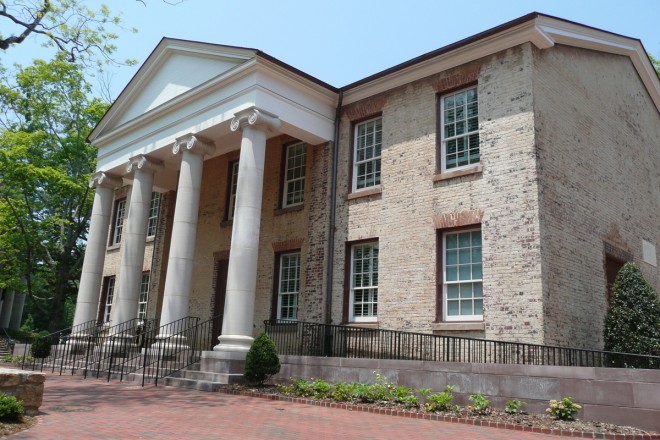 Originally intended to serve as a “New Chapel” when it was completed in 1837, Gerrard Hall has since played host to writer Langston Hughes, slave poet George Moses Horton, and three presidents of the United States, including Carolina alumnus James K. Polk.

In 1993 the N.C. General Assembly met here in honor of the University’s Bicentennial. Movie fans may recognize Gerrard from Patch Adams, which had a prominent scene filmed here.

A major renovation of Gerrard Hall, including restoration of its beautiful Greek Revival portico, was completed in November 2007. Central air conditioning was installed and the buildings exterior repaired. The facility now includes a built-in sound system and projector with retractable screen.

Gerrard Hall is located on East Cameron Avenue between Memorial Hall and South Building, near the Old Well and the Campus Y. 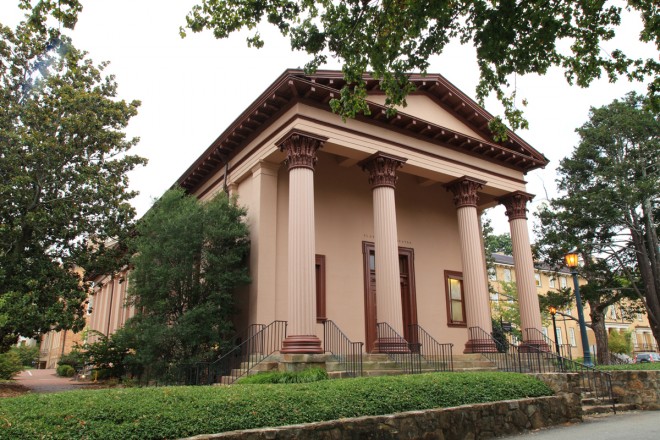 Completed in 1851, Historic Playmakers Theatre was intended to serve as a combination library and ballroom. The Greek Revival building was originally called Smith Hall in honor of Benjamin Smith, special aide to George Washington during the Revolutionary War and a former Governor of North Carolina. Smith donated land to the University, which was sold to finance construction.

Since then, Historic Playmakers Theatre has, at one time or another, hosted the Universitys Law School; performers including Carolina alumni Thomas Wolfe and Andy Griffith; and according to legend, Union cavalry horses who may have been stabled here in the latter weeks of the Civil War.

Historic Playmakers Theatre is a National Historic Landmark and the oldest building on campus dedicated to the arts. Visitors will notice a modification to the Corinthian capitals on the building’s portico made by architect Alexander Jackson Davis, who substituted North Carolinian staple crops wheat and corn in lieu of the traditional acanthus leaves.

The theatre lay dormant for four years awaiting much needed repairs. It reopened for events beginning in November 2010 after an interior upgrade funded by the Office of the Provost and the Office of the Executive Director for the Arts.

As part of the upgrade, the interior of the building was painted, the auditorium floor refinished and new audience seats, curtains and stage lighting and sound systems were installed. The building seats approximately 240 and is well-suited for performances and lectures.

The interior upgrade was sufficient to make the building ready for use again, though the improvements are short of a full renovation. Currently, the stage and backstage facilities are not accessible to persons in wheelchairs or with mobility issues. There is no air conditioning, dressing rooms or restrooms in the facility (restrooms in nearby buildings are available for use).

Historic Playmakers Theatre is located on East Cameron Avenue next to South Building and across the street from Old East.