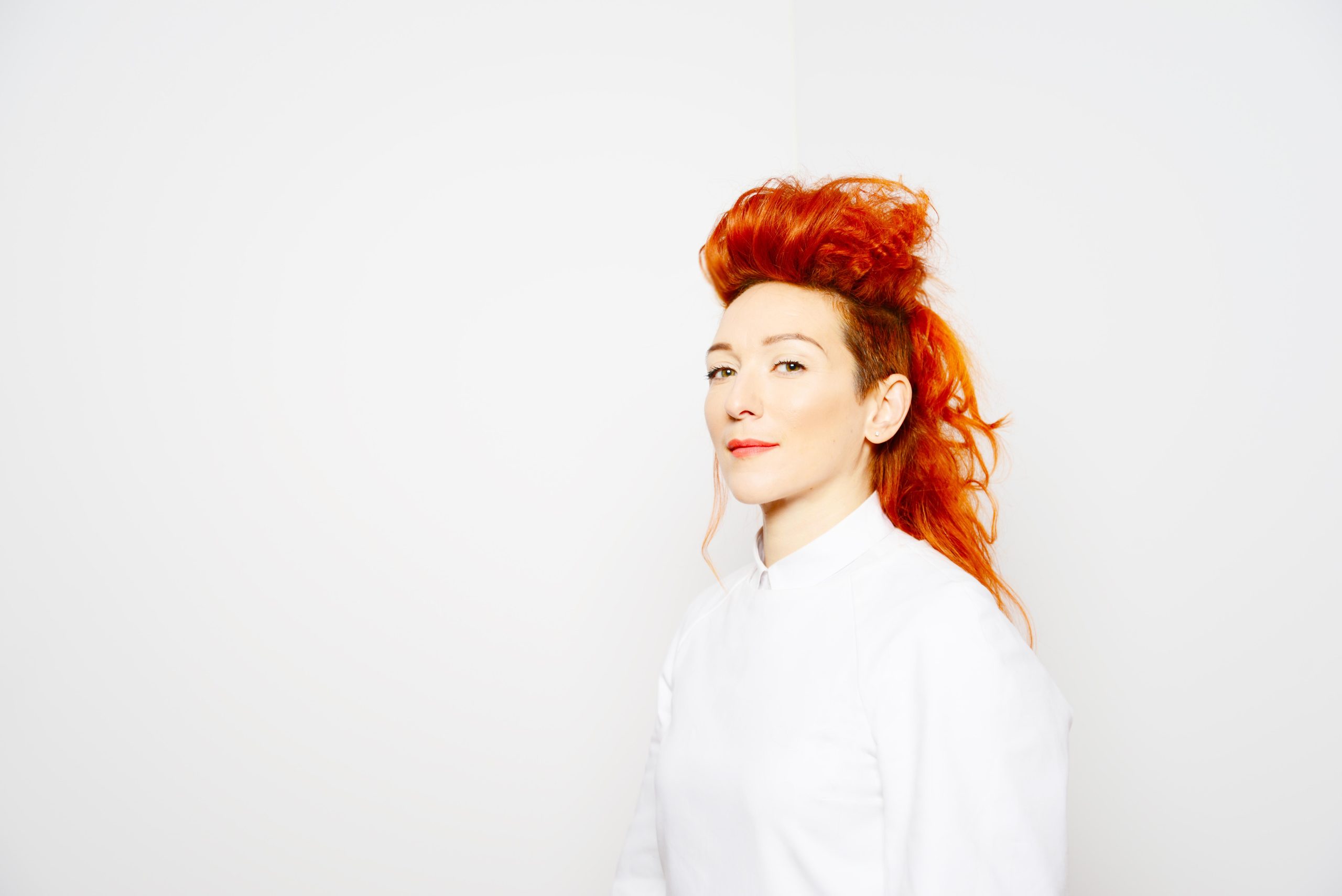 Shara Nova, a Detroit-based performing artist, is in her fourth year of artist residency at Carolina Performing Arts. A genre-blending musician who mixes elements of rock, art pop, and chamber music into a sound totally her own, Shara is also known as My Brightest Diamond. Her latest album, A Million And One, sprung from a period of personal transformation and earned acclaim as “nocturnal and optimistic, like the dark winter trek toward the lights of the dance floor” (Pitchfork).

As part of her ongoing residency at CPA, Shara is working with fellow artist-in-residence Helga Davis to create Ocean Body, a film-focused installation at CURRENT ArtSpace + Studio that examines the decade-long close friendship between the artists. This provocative new work is created in collaboration with director Mark DeChiazza and makes its CPA debut in February 2022. Shara was also part of CPA’s Feedback: The Institute for Performance’s virtual course Arts Economies in fall 2020.

Runtime: approximately 60 minutes, including audience Q&A. Recording of CPA virtual events is not permitted. If you have questions or concerns related to accessibility, please contact us. You can also check out our livestream events guide.

Shara Nova, a classically trained vocalist and self-taught multi-instrumentalist who records dazzling, shapeshifting music as My Brightest Diamond, has always felt like an outsider. Over the course of four groundbreaking albums, she has resisted the conventions of genre, blending elements of rock, art pop, and chamber music into a sound totally her own. While fiercely independent, she like everyone else, still desires connectedness. This tension is at the core of her new album, A Million And One, where she has once again reinvented herself.

Where did it all begin? Shara always knew she wanted to be a musician. She grew up in a family of traveling evangelicals, and together they crisscrossed the country, her father leading church choirs and her mother playing organ. When Shara was a teenager, they settled in a city outside Detroit. It was the early ‘90s, and hip-hop and soul were on the airwaves. Shara listened to everything from Run DMC to Stevie Wonder to Anita Baker and K C & the Sunshine Band. After studying opera, she moved to New York City, where she formed My Brightest Diamond in 2006, releasing her critically acclaimed debut album, Bring Me The Workhorse.

A Million And One sprung from a period of personal transformation for Shara. It comes just four years after her marriage came to an end. (Literally: Nova translates to ‘new’ in Latin.) And was written during a time that Detroit was going through a rebirth of its own. Shara returned to Michigan in 2008 and settled in Detroit, a city whose rich musical legacy—from Motown to the White Stripes—has always been an animating force for her. This time around, she sought to honor the city with music of her own. A Million And One is an homage to the sounds of Detroit, a love letter of sorts, but also a visceral trip backwards in time, to Shara’s formative teen years. “The album examines the quest for my individuality and the search for a deeper relationship to my body, my neighbors, and to the planet,” she says.

Each gem-like song is distinct, from the anthemic opener “It’s Me on the Dance Floor,” to the techno-infused “Supernova,” which calls to mind the work of pioneering Detroit producer Carl Craig. “You Wanna See My Teeth,” is a twisting, searing meditation on the death of Trayvon Martin. The album’s ten tracks represent a departure from the lush instrumentation of My Brightest Diamond’s previous work and into leaner, more raw territory, with beats and synths. Shara produced the album with the help of The Twilite Tone (Common, Gorillaz, Kanye West) and it was mixed by Andrew Scheps (Adele, Lana Del Rey, Beyoncé). Anchoring each song is the relationship between Shara’s vocals and drums from Earl Harvin (Seal, Sam Smith). Reborn free of ornament, Shara’s voice has never been more vulnerable—or more powerful.

Taking time off the road to raise her daughter, Merritt began work on forthcoming site-specific projects by way of collecting objects at an old motel and an abandoned asylum as forgotten, essential language. Merritt collects artist interviews about process and integrity on The Spark for Carolina Performing Arts. She lives in North Carolina with her daughter, Jean.