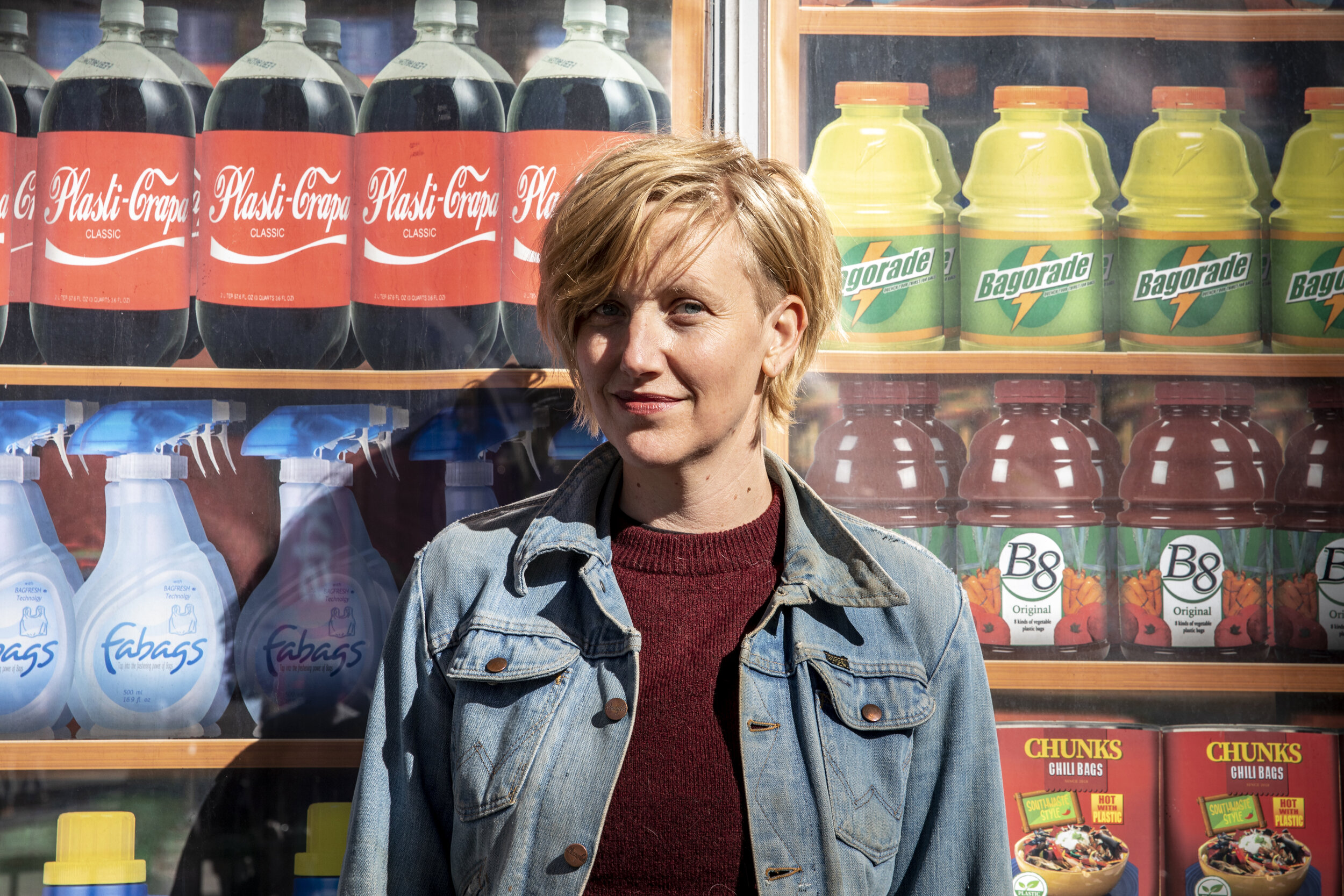 On May 6, Tift will sit down with Frohardt for a livestreamed conversation about her boundary-pushing creations, her residency at CPA, the evolution of her work, and more. An innovator in every sense of the word, Frohardt takes everyday items and experiences, adds her creativity and unique sense of humor, and transforms them into thought-provoking art, including one of her most lauded works, Plastic Bag Store, which she developed during her time embedded in Chapel Hill. The full-scale installation debuted at CURRENT ArtSpace + Studio in 2018 and was recently installed in Times Square to much acclaim.

Her collaborations through her DisTIL fellowship at CPA led to numerous events, including Plasticon in spring 2018, a day-long festival to bring together UNC and the local community to collectively acknowledge and understand the effects of disposable plastic on our planet.

Runtime: approximately 60 minutes, including audience Q&A. Recording of CPA virtual events is not permitted. Registration for this event closes at 12 PM EDT on May 6, 2021. If you have questions or concerns related to accessibility, please contact us. You can also check out our livestream events guide.

Robin Frohardt is an award-winning artist, puppet designer, and director living in Brooklyn, NY. Frohardt’s performance and puppetry-based work has been presented at St. Ann’s Warehouse and HERE in New York City, as well as national venues including the Pittsburgh International Festival of Firsts and the NEXTNOW Festival in Maryland. Her films have been screened at the Telluride Film Festival, Aspen Shortsfest, Maritime Film Festival at the Parish Museum and Puppets on Film Festival at BAM.

Her original play The Pigeoning, which debuted in 2013 and was hailed by the New York Times as “a tender, fantastical symphony of the imagination,” continues to tour in the US and abroad, and has been translated into German, Greek, Arabic and Turkish. Along with her CPA/Mellon DisTIL Fellowship, she has received a Creative Capital Award for the Plastic Bag Store, which premiered in partnership with Times Square Arts in 2021. In 2018 she was awarded a Guggenheim fellowship.