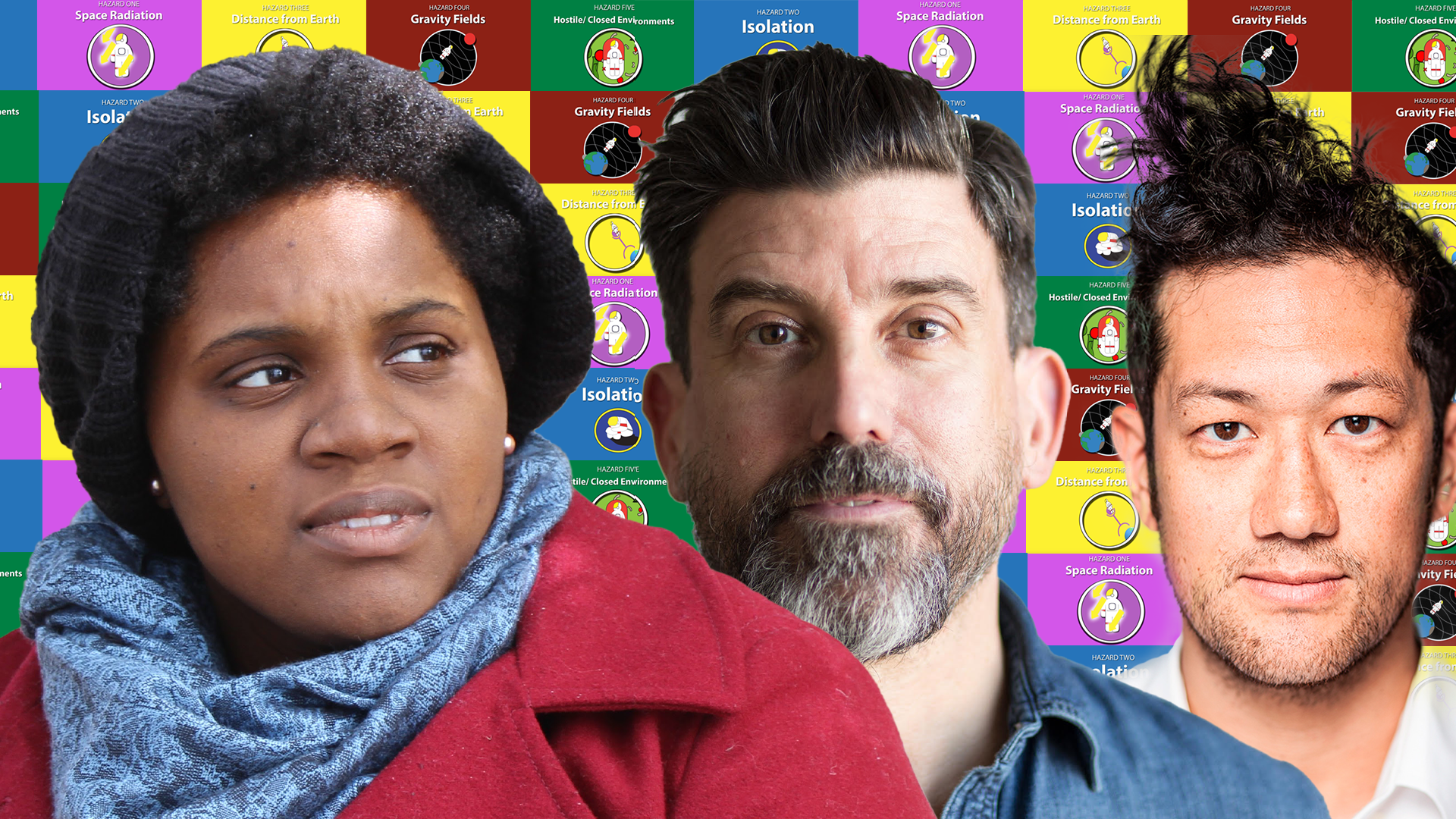 Join us for The Spark with Tift Merritt featuring Marcella Murray, David Neumann, and Tei Blow, artists-in-residence through the Southern Futures Initiative at CPA and co-creators of the new work, Primer for an Impossible Conversation, presented at CPA in Fall 2021.

Accomplished artists and creators each in their own right, David Neumann (I Understand Everything Better), Marcella Murray and Tei Blow (I Understand Everything Better) have joined forces to create a vital new performance work, Primer for an Impossible Conversation. Based on Murray and Neumann’s Obie Award-winning theater work Distances Smaller Than This Are Not Confirmed, this new work is a conversation interwoven with imagery and dance that explores race, vulnerability and the distances between us.

During their conversation on The Spark, Neumann, Murray, and Blow will share behind-the-scenes details of their Southern Futures at CPA artist residency, including upcoming work with Feedback: The Institute for Performance, the forthcoming presentation of Distances Smaller Than This Are Not Confirmed at CPA, and their development of a new work through this residency that will make its world premiere at CPA in a future season.

Runtime: approximately 60 minutes, including a live audience Q&A. If you have questions or concerns related to accessibility, please contact us. You can also check out our livestream events guide.

Marcella Murray is a New York-based theater artist from Augusta, Georgia. She is a playwright, performer, collaborator, and puppeteer. Murray’s work is heavily inspired by the observed ways in which people tend to segregate and reconnect. Her work tends to focus on themes of identity within a community and (hopefully) forward momentum in the face of trauma.

Performances include The Slow Room, a piece directed by Annie Dorsen at Performance Space New York; a workshop of Ocean Filibuster which was co-created by the team Pearl D’Amour (Lisa D’Amour and Katie Pearl) with composer Sxip Shirey at Abrons Arts Center; the work-in-progress I Don’t Want to Interrupt You Guys, created in collaboration with Leonie Bell and Hyung Seok Jeon during RAP at Mabou Mines; New Mony created by Maria Camia at Dixon Place; and Shoot Don’t Talk at St. Ann’s Warehouse/Puppet Lab created by Andrew Murdock.

Along with David Neumann, Murray recently co-created Distances Smaller Than This Are Not Confirmed (Obie Special Citation for Creation and Performance) which opened at Abrons Arts Center in January of 2020. Murray is part of an artist collective called The Midwives.

ABG has also performed at the Walker Art Center; Carolina Presents; Alverno College; MASS MoCA; The Fusebox Festival; The Ringling International Arts Festival, and the American Dance Institute/Lumberyard, among others.

Tei Blow is a media designer and performer based in Brooklyn, NY. Tei’s work incorporates photography, video, and sound culled from found materials and mass media alongside live instrumentation. He performs music as Frustrator on Enemies List Recordings and is one half of Royal Osiris Karaoke Ensemble. He has performed and designed for The Laboratory of Dmitry Krymov, Mikhail Baryshnikov, Jodi Melnick, Big Dance Theater, David Neumann/Advanced Beginner Group.

Tei’s work has been featured at Hartford Stage, Dance Theater Workshop, PS122/PSNY, Lincoln Center Festival, The Kitchen, BAM, The Public Theater, The Broad Stage, MCA Chicago, MFA Boston, Kate Werble Gallery, Baryshnikov Arts Center, The Roundabout, The Wadsworth Atheneum, and at theaters around the world. He is the recipient of a 2015 New York Dance and Performance “Bessie” Award for Outstanding Sound Design for David Neumann/Advanced Beginner Group’s “I Understand Everything Better”. Tei is one half of Royal Osiris Karaoke Ensemble, whose ongoing multipart series “The Art of Luv” is a recipient of the Creative Capital and Franklin Furnace Awards. Tei is currently a Baryshnikov Arts Center Cage/Cunningham Fellow.