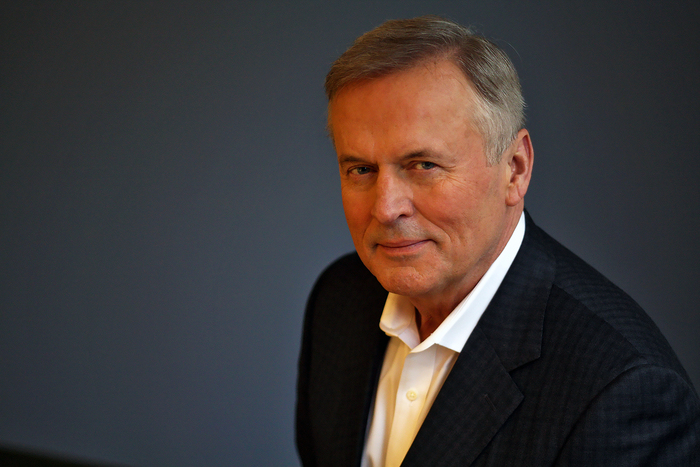 Join us for The Spark with Tift Merritt featuring John Grisham, the New York Times bestselling author renowned for his breathtaking legal thrillers.

Originally a criminal attorney, John Grisham was inspired to write what he experienced in court. “I seriously doubt I would ever have written the first story had I not been a lawyer,” Grisham says. “I never dreamed of being a writer. I wrote only after witnessing a trial.”

Now a #1 New York Times bestselling author, Grisham is perhaps best known for his works “The Pelican Brief,” “The Client,” and “A Time to Kill.” His latest work, “The Judge’s List,” has been acclaimed as a “sleek suspense novel about the hunt for a serial killer who is also a sitting judge” (NYT).

Grisham is a longtime supporter and advocate of The Innocence Project, an organization that exonerates the wrongly convicted through DNA testing and reforms the criminal justice system to prevent future injustice.

Based on the series Merritt produced for the acclaimed Marfa, Texas Public Radio, The Spark peels back the polished performance to reveal the elbow grease, risk, fire and courage behind the art — and artists — we think we know.

John Grisham is the author of more than thirty novels, one work of nonfiction, a collection of stories, and seven novels for young readers. The New York Times calls him an “unapologetic master of the industrial-strength page turner.”

After graduating from law school at the University of Mississippi in 1981, John Grisham began a career practicing law, specializing in criminal defense and personal injury litigation. In 1983, he was elected to the Mississippi State House of Representatives and served until 1990.

Inspired by cases and testimony, Grisham started to write as a hobby, getting up at 5 AM to write for an hour every morning before work. After three years, Grisham completed his first novel, “A Time to Kill,” in 1987. Initially rejected by many publishers, it was eventually bought by Wynwood Press, who printed 5,000 copies and published it in June 1989.

His second novel, “The Firm,” was received with wider acclaim, with Grisham selling the film rights to Paramount Pictures and the book rights to Doubleday. “The Firm” spent forty-seven weeks on the New York Times Best Seller list and became the best-selling novel of 1991.

Since publishing his first novel, Grisham has written at least one novel a year, all of them international bestsellers, including the republished hardcover edition of “A Time to Kill” by Doubleday in 1993.