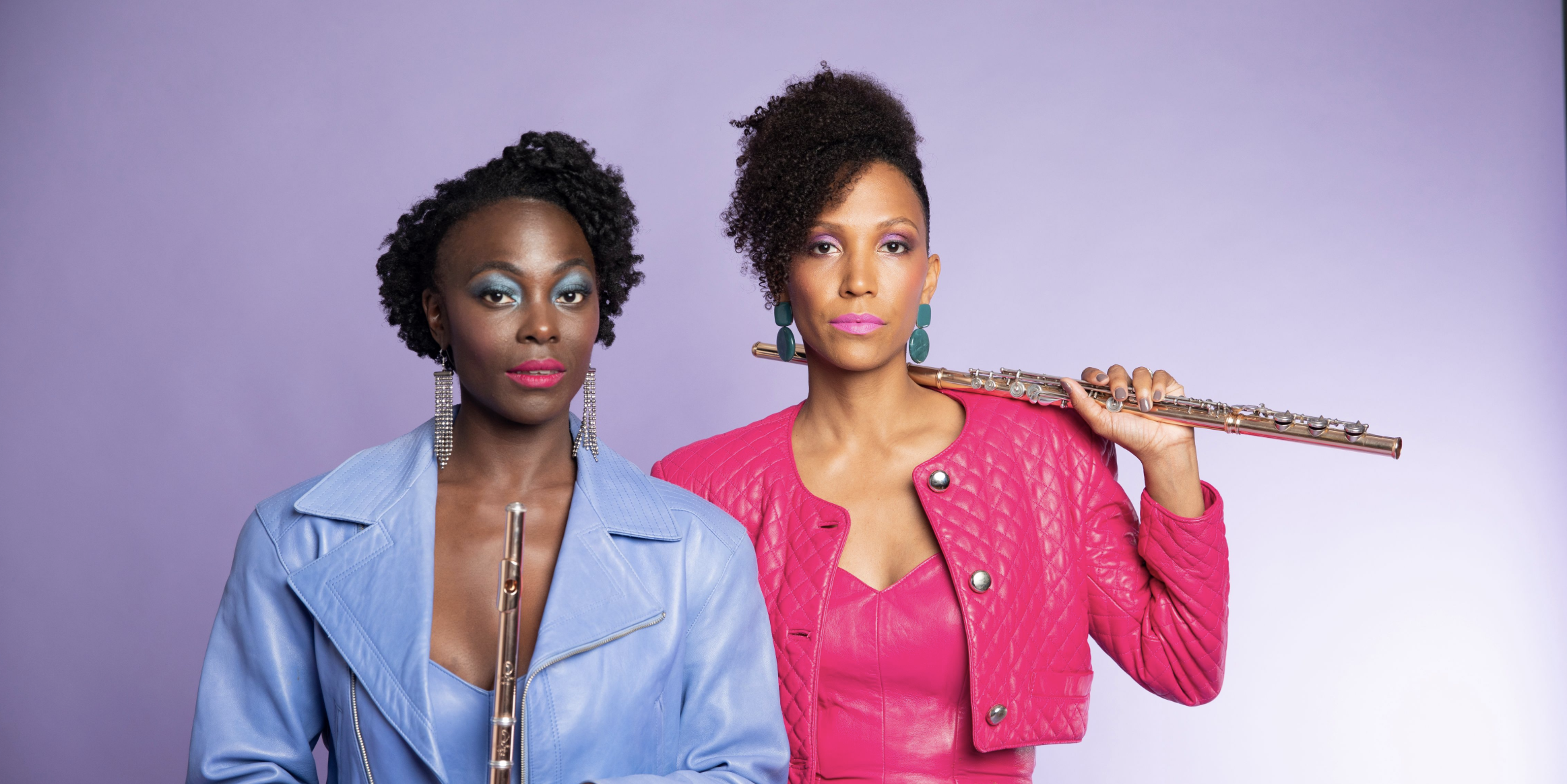 The Spark with Tift Merritt: Flutronix

Join us for the fourth episode of The Spark with Tift Merritt, featuring Nathalie Joachim and Allison Loggins-Hull of Flutronix. In this livestreamed series, Grammy-nominated singer/songwriter and UNC alumna Tift Merritt returns to Carolina Performing Arts to take us behind the scenes in artist-to-artist video interviews that delve deep into the creative process.

On December 17, Tift will sit down with Nathalie Joachim and Allison Loggins-Hull of Flutronix, ingenious composers, musicians, and vocalists whose original works for flute, voice, electronics, and live drums feature their signature art pop sound.

Longtime friends of Carolina Performing Arts, Joachim and Loggins-Hull have been artists-in-residence at CPA since 2018. While in residence, they are creating an emotionally resonant new work known as Discourse, in which the voices and personal stories of Chapel Hill are brought to vibrant life. Discourse has grown into a community-centered social change initiative and is set to premiere in 2021 after the initial premiere was delayed due to precautions related to COVID-19.

Free and open to the public; registration required. Registration for this event closes at 12 PM EST on December 17, 2020. If you have questions or concerns related to accessibility, please contact us.

This event is generously co-sponsored by Maribel Carrion and Alan Weinhouse.

Comprised of two blazing young flutists who are “redefining the flute and modernizing its sound by hauling it squarely into the world of popular music” (MTV Iggy), Flutronix has an original urban art pop sound that’s comfortable in both clubs and concert halls. Their music is best described as “a unique blend of classical music, hip-hop, electronic programming and soulful vocals reminiscent of stars like Erykah Badu.”

The duo has been featured in leading Japanese fashion magazine and an internationally broadcast ESPN super bowl commercial, and have been broadcast on NPR, WNYC, Tokyo FM, and other popular radio stations internationally.