During the COVID-19 crisis, working artists have been integral to inspiring us, helping us process grief and uncertainty, and reminding us of the light at the end of the tunnel. Their power in this time represents a microcosm of the invaluable role they play in society.

This virtual event features the world premieres of new dance pieces created by these artists and commissioned by CPA, interspersed with conversation on process, performance, and the road ahead. Each of the featured choreographers are at exciting turning points in their careers, and the works reveal their unique perspectives on process and creation, culminating in performances that will resonate with audiences across a spectrum of life experiences. These daring works ask provocative questions about surrender and submission; vulnerability, race, and gender; and the uncharted terrain of new parenthood. This virtual event will also feature the artists in conversation on their process, performance, and the road ahead.

Runtime: approximately 90 minutes. Recording of CPA virtual events is not permitted. Registration for this event closes at 12 PM EDT on April 8, 2021. If you have questions or concerns related to accessibility, please contact us. You can also check out our livestream events guide.

The sequel piece to Smith’s Hopeful Parents, Part III is a physically induced conversation between Bobbi Jene Smith and Or Schraiber. Thrown into the unknown terrain of parenthood, the couple experience amplified loneliness, unprecedented love, the grievance of old paths, and the sheer hope for new ones yet ahead.

Bobbi Jene Smith (choreographer) has performed on the CPA season with Batsheva Dance Company and in A Study on Effort, a solo work in a double-billed evening at CURRENT ArtSpace + Studio with Shamel Pitts, which was part of CPA’s fifteenth anniversary season in 2019. She is joined in this performance by Or Schreiber, also formerly of Batsheva, who collaborated with Smith on Hopeful Parents.

Created and choreographed by Bobbi Jene Smith, Or Schraiber, and Dea Lou Schraiber
Filmed and edited by Or Schraiber

Another Lesson by Hope Boykin

In this new work choreographed during Boykin’s “residency bubble” in upstate New York in spring 2021, the choreographer, educator, and 20-year veteran of Alvin Ailey American Dance Theater investigates how we might redefine language that carries meaning for each of us, exploring ideas of submission, surrender, and faith. The world premiere of this new work will be performed by a fellow dancer, to be announced before the performance.

Hope Boykin is an acclaimed dancer, choreographer, and creator who has performed on the Carolina Performing Arts season many times during her 20-year career with Alvin Ailey American Dance Theater. Since retiring from Ailey in 2020, she continues to build and create work. She has choreographed for numerous dance companies including Philadanco, Minnesota Dance Theater, and Dallas Black Dance Theatre, and is an Artistic Lead for the Kennedy Center Dance Lab (KCDL) and an Artist-In-Residence at USC Glorya Kaufman School of Dance.

Credits for Another Lesson

Touch of RED: Overture is part of the RED Series created by Shamel Pitts, which continues his research to investigate the colorfulness within Blackness. This body of work supports, shelters, and cultivates an afro-futuristic performance art landscape in which the diversity and capacity of Black people is fully realized, allowed, and nurtured. Touch of RED features two men in electrifying, effeminate, and healing choreography juxtaposed against a contemporary boxing/wrestling ring. In this event, Pitts and dancer Tushrik Fredericks perform the overture to the work.

A 2020 Guggenheim Fellow, Shamel Pitts is a multidisciplinary artist, choreographer, dancer, and teacher. Formerly, he performed with Batsheva Dance Company, and most recently performed at CPA in his work Black Velvet, which was part of a double-billed event with Bobbi Jene Smith in 2019.

Credits for Touch of RED: Overture

In 2017 she became a founding member of the American Modern Opera Company (AMOC). In 2019 she was awarded The Harkness Promise Award and was the Martha Duffy Resident Artist at Baryshnikov Art Center.

Bobbi’s film and video work include, “Annihilation” directed by Alex Garland starring Natalie Portman, “MA” directed by Celia Rowlson-Hall, and “Yossi” directed by Eytan Fox. The documentary “Bobbi Jene,” which follows Bobbi’s trajectory of leaving a dance company to create her own work, swept the Tribeca Film Festival, winning best documentary, best cinematography, and best editing in 2017. In 2018, Bobbi starred in as well as choreographed the feature films, “Mari” directed by Georgia Parris and choreographed by Maxine Doyle, which premiered at BFI and “Aviva” directed by Boaz Yakin which was a SXSW selection.

Bobbi has been a certified GAGA teacher for the past 15 years and has taught Ohad Naharin’s repertory in schools and universities around the world. She is part-time faculty at the Juilliard School, and guest teaching at NYU and UArts.

OR SCHRAIBER was born in 1992 in the city of Jerusalem, where he studied at the Jerusalem Academy of Music and Dance. After graduating, Or joined the Batsheva Dance Company, with whom he danced for seven years. In parallel to his time in the company, he served at the IDF for 3 years. In 2017, Or moved to New York City to study acting at the Stella Adler Studio. In 2018, he co-choreographed and starred in Boaz Yakin’s film ‘AVIVA.’ In 2020, hecreated “This Time” on CORPUS and “Solo at Dusk” on LADP. Or has appeared in numerous music videos and short films, including collaborations with Yemen Blues, Moses Project, Raina Sokolov-Gonzalez, Tal Zagreba, and Celia Rowlson-Hall. He has directed and choreographed several short dance films and live immersive shows.

HOPE BOYKIN was born and raised in Durham, North Carolina. A Howard University graduate, Boykin also studied at the New World Dance Company and The Ailey School where she worked as assistant to choreographers Milton Myers and the late Talley Beatty. Hope was an original member of Complexions, and joined PHILADANCO, where she received the acclaimed “Bessie,” a New York dance and performance award.

Since completing her 20th and final season with the Alvin Ailey American Dance Theater, she continues to build and create work as a 2019-20 Urban Bush Women Choreographic Center Fellow. She has choreographed for numerous dance companies including Philadanco, Minnesota Dance Theater, and Dallas Black Dance Theatre. Boykin is an Artistic Lead for the Kennedy Center Dance Lab (KCDL), a two-week summer dance program for high school students, and an Artist-In-Residence at USC Glorya Kaufman School of Dance.

A 2020 Guggenheim Fellow, SHAMEL PITTS is a performance artist, choreographer, conceptual artist, dancer, spoken word artist, and teacher. Born in Brooklyn New York, Shamel began his dance training at LaGuardia High School for Music & Art and the Performing Arts and, simultaneously, at The Ailey School. He was a 2003 YoungArts Finalist and a first prize (level 1) winner of the YoungArts competition.

Shamel then went on to receive his BFA in Dance from The Juilliard School and was awarded the Martha Hill Award for excellence in dance. He began his dance career in Mikhail Baryshnikov’s Hell’s Kitchen Dance and BJM_Danse Montreal. Shamel danced with Batsheva Dance Company for seven years, under the artistic direction of Ohad Naharinand is a certified teacher of Gaga movement language. Shamel has created a triptych of award-winning multidisciplinary performance art works known as his “BLACK series” which has been performed and toured extensively to many festivals around the world since 2016.

He is an adjunct at The Juilliard School and has been an artist in residence at Harvard University. Shamel is the choreographer of the play “Help” by acclaimed poet and playwright Claudia Rankine, directed by Taibi Magar, and commissioned at The Shed in New York. He is the recipient of a 2018 Princess Grace Award in Choreography and a 2019 NYSCA/NYFA Artist Fellowship Award winner in Choreography. Shamel is the artistic director/founder of TRIBE, a New York-based multidisciplinary arts collective.

TUSHRIK FREDERICKS is originally from Johannesburg, South Africa and lives in NYC. Growing up, he specifically found himself drawn towards the dance style of ‘KRUMP.‘ He graduated from the Peridance Capezio Center Certificate Program in NYC in June 2015, where he received most of his formal training. He has had the opportunity to work with Ate9 dANCEcOMPANY (Danielle Agami, Artistic Director) and Sidra Bell Dance New York (July 2015 – June 2018) before working with Shamel Pitts and TRIBE.

TAYLOR ANTISDEL is a Brooklyn-based filmmaker and photographer, with a BFA in Directing from the School of Visual Arts. With a background in filmmaking, he strives to create photographs that are cinematic and multilayered.

SIVAN JACOBOVITZ is a producer/musician living in NYC. Dance collaborations include: Kimberly Bartosik’s I Hunger For You (BAM Next Wave) & Through The Mirror of Their Eyes (NYLA – Bessie Outstanding Production Honoree); Shamel Pitts’ Black Hole (touring internationally), Menagerie (with Gibney Company) and Touch of RED (upcoming – Jacobs Pillow Lab); Assembly with GREYZONE (upcoming).

TRIBE is a Brooklyn/NYC based arts collective dedicated to creating, developing and sharing original multidisciplinary art projects. Understanding that performance art and live art are practices of human connection, TRIBE acts nationally and internationally by developing art exchanges and performances in collaboration with institutions and artists, with a focus on the African diaspora.

With artistic direction by Shamel Pitts (2020 Guggenheim Choreography Fellow), TRIBE was created in the end of 2019 with the dream to soon become a synonym of artistic experiences that connects gifted individuals in our present era to re-imagine and cultivate an alternative collective future. TRIBE is a 92Y Harkness Dance Center’s Artist in Residence for the 2020-2021 season. 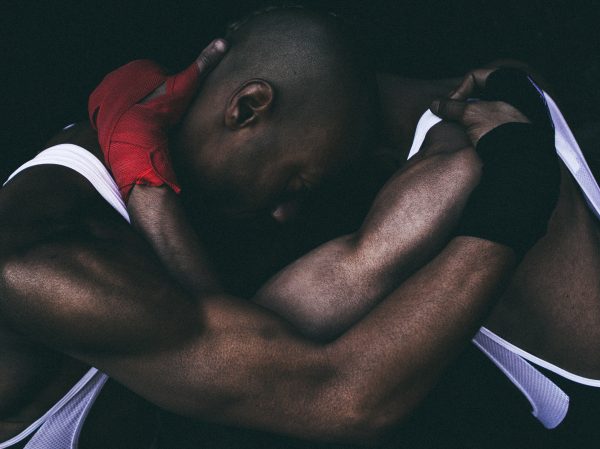 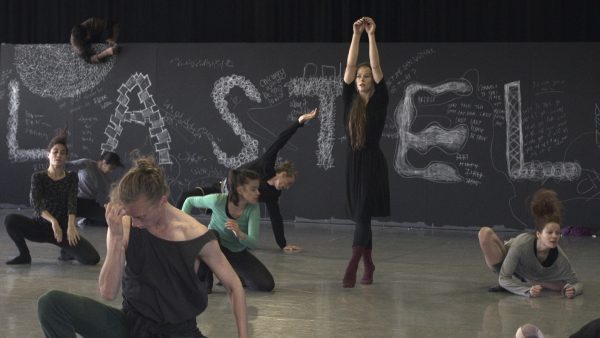