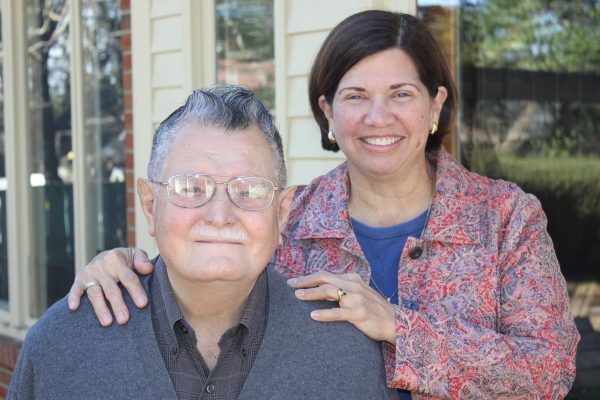 “The tagline that CPA brings the world to Chapel Hill is so true. I want to make sure all students have these types of opportunities, because they’re life-changing.”

Maribel Carrion vividly remembers her first time in Memorial Hall. Surrounded by her fellow Tar Heels at freshman orientation, she was just beginning her journey at Carolina. “Our speaker told us to look around at our classmates,” recalls Maribel. “He said ‘Two-thirds of you are pre-law or pre-med. That’s not going to happen.’” Maribel was among those who forged a different path. A math major, she received her BA in 1977 and returned to UNC several years later for her MBA.

Building on the math and business training she received at Carolina, Maribel began a career in software and technology applications. She spent seven years traveling extensively with Nortel Networks, which led her around the world while supporting clients in places like Singapore, Mexico and throughout Central and South America. “I was only supposed to be gone on an expatriate assignment for two years,” explains Maribel. “But I ended up being gone for seven.” When an opportunity arose in 2008 to work at Carolina, Maribel was excited about the prospect of returning to campus. Today, she’s the director of business applications for UNC Information Technology Services (ITS). “It’s about as good as it gets,” says Maribel. “Working at my alma mater doing a job I enjoy. I love working with students.”

From her office in ITS Manning, Maribel supports the software that drives students’ academic lifecycle. She is involved in all the processes used by students from the time they apply and register for classes through when they graduate and come back to ask for a transcript. “Students are very creative in how they use and access technology,” explains Maribel. “The students coming in now have assumptions and expectations about technology that are very different from the students ten years ago.”

In addition to supporting students in her daily work, Maribel also gives back as a generous donor to the University. She recently made a commitment to Carolina Performing Arts’ Student Ticket Angel Fund in her estate plan that will ensure students have access to inspiring artists from around the world for years to come. “The tagline that CPA brings the world to Chapel Hill is so true,” says Maribel. As someone who has been fortunate enough to travel extensively, she understands the benefits of being exposed to other cultures. “I want to make sure all students have these types of opportunities, because they’re life-changing.”

Maribel’s global experiences began at a young age. Born in San Juan, Puerto Rico, she moved around quite a bit as a child because her father was in the military. With each new city, one constant in the household was music. Remembering her childhood, Maribel remarks, “My father always, always had music on. All kinds of music — Spanish and Latin American music, flamenco, classical, popular music.” Music has been an important part of her life. Her appreciation for the arts only grew when she was exposed to live performances in middle school. “The arts are transformative,” says Maribel. “With the best artists, you believe it. You feel it.”

Though Maribel hasn’t hung up her travel hat yet, she loves that she can experience diverse artistic traditions and perspectives without having to leave Chapel Hill. She became a CPA season subscriber after the Bolshoi Ballet’s 2009 performances. “I’m one of those people who waits for the season schedule.” She loves seeing students at performances and wanted to find a way to support CPA’s $10 student tickets. As she thought about her legacy at Carolina, Maribel learned she could make a difference with a planned gift to the Angel Fund. “You can contribute in ways you don’t even realize, if you just ask.”