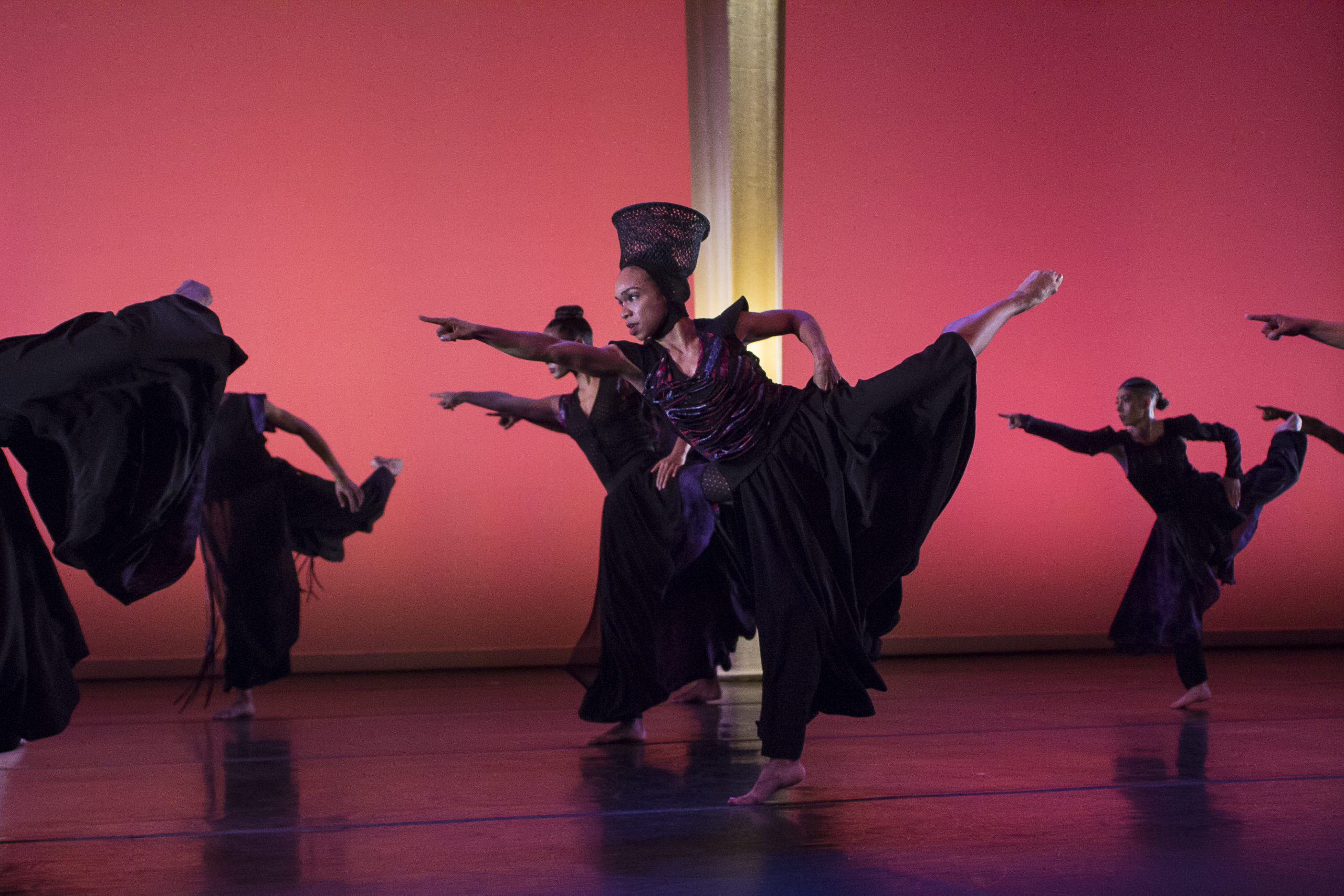 NOTE: Although masks are not required in CPA venues starting March 7, 2022, EVIDENCE, A Dance Company, requests audiences to voluntarily wear masks during this performance.

Have your spirit lifted by EVIDENCE, A Dance Company, founded by Ronald K. Brown, an award-winning choreography whose work has been performed by a range of dance companies. EVIDENCE, A Dance Company’s work — which integrates traditional African dance with contemporary choreography and spoken word — promotes understanding of the human experience in the African Diaspora through dance, music, history, and tradition, leading deeper into issues of spirituality, community responsibility and liberation.

This season, the company presents Grace and Mercy. Mercy — a companion piece to Ronald K. Brown’s audience favorite Grace — was created in celebration of the 20th anniversary of that dance. The original score, composed by singer/songwriter Meshell Ndegeocello, drives the dance to illustrate the joy found in redemption. The dancers go on a physical journey towards justice in response to assault, resolving in joy and surrender. Mercy was co-commissioned by Carolina Performing Arts.

Grace, originally choreographed for Alvin Ailey American Dance Theater, is an homage and ode to God’s grace and the legacy of Mr. Ailey. This tour-de-force dance offers a spellbinding combination of modern dance and West African dance vernacular. The New York Times says that “the work has provided such a reliable spiritual high that bliss could almost be taken for granted.”

Mercy was co-commissioned by the Fisher Center at Bard, The John F. Kennedy Center for the Performing Arts, Carolina Performing Arts at UNC–Chapel Hill, and The Joyce Theater’s Stephen and Cathy Weinroth Fund for New Work.

The taking of photographs or the use of audio and video recording devices during this performance is strictly prohibited.

Brown is the recipient of the 2020 Jacob’s Pillow Dance Award. His other awards and recognitions include theAUDELCO Award for his choreography in Regina Taylor’s award-winning play Crowns, received two Black Theater Alliance Awards, and a Fred & Adele Astaire Award for Outstanding Choreography in the Tony Award winning Broadway and national touring production of The Gershwin’s Porgy and Bess, adapted by Suzan Lori Parks, arrangement by Diedre Murray and directed by Diane Paulus.

Mercurial and masterful, Meshell Ndegeocello (Composer and Musician/Performer, Mercy) has survived the best and worst of what a career in music has to offer. She has eschewed genre for originality, celebrity for longevity, and musical trends for musical truths. She has lived through the boom and bust of the industry and emerged just as she entered: unequivocally herself. Fans
have come to expect the unexpected from Ndegeocello, and faithfully followed her on sojourns into soul, spoken word, R&B, jazz, hip-hop, and rock, all bound by a lyrical, spiritual search for love, justice, respect, resolution, and happiness.

Each of Ndegeocello’s albums has been a step
away from the last, each used as a chance to investigate and integrate new sounds and ideas. Fans have been treated to everything from the deep funk of Plantation Lullabies, to the raw and confessional Bitter, to the melodic and lyrical Weather. Ndegeocello composed, arranged, and produced a jazz album in 2005, and recorded an homage to Nina Simone in 2012, a kindred musical spirit and among Ndegeocello’s most cherished inspirations. Her latest album, Ventriloquism, has the hallmarks of all of Ndegeocello’s work, lush and investigative, subversive and sublime.

Assured of her place as an authentic musical thinker and an uncompromising artist, she continues to discover, examine, and explore all that music has to offer her and how she can return the gift. A bass player above all else, she brings her warm and melodic groove to everything she does, including appearances alongside the Rolling Stones, Madonna, Alanis Morissette, James Blood Ulmer, the Blind Boys of Alabama, Tony Allen, John Medeski, Billy Preston, and Chaka Khan.