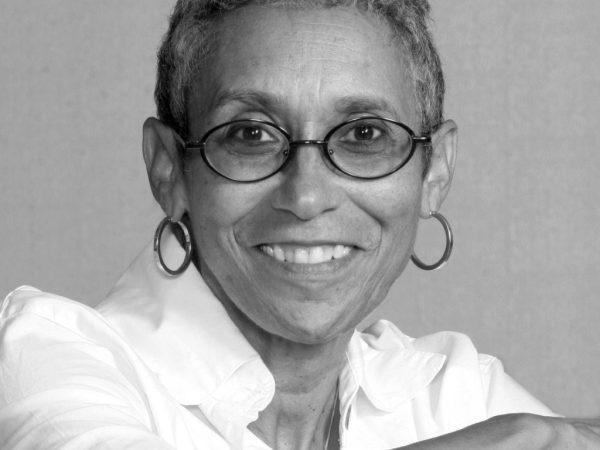 “The way CPA has been able to pull in different disciplines around programming is key. University settings are such great opportunities because you have the academic world at your disposal.”

Stephanie Hughley believes the arts have the power to change one’s  outlook. “The arts are all about helping people think, because in the live arts you have to bring yourself into the moment, and that opens you up for a transformative kind of experience.”

As a young woman, Hughley was on the track to medical school. She considered her love of dance to be a hobby—until she met her college roommate, who was in pursuit of a career in theater and dance. Officially bitten by the arts bug, Hughley moved to New York, dancing with the likes of Alvin Ailey before switching her focus to theater. After a move to Atlanta, Stephanie created the National Black Arts Festival, which celebrates the contributions of people of African descent. While her goal for the first festival was 30,000 attendees, the actual numbers reached past 300,000 people. After directing the Cultural Olympiad in the lead-up to the 1996 Olympics, the Big Apple called her back, and she went on to serve as Vice President of Education and Humanities for the Brooklyn Academy of Music’s BAM Cinema  and BAMcinématek in Brooklyn. Stephanie is now semi-retired, but she puts her formidable experience to use as an arts consultant as well as a member of CPA’s International Advisory Board.

Having recently moved from New York City to Raleigh, Hughley says she was pleasantly surprised by the vibrant culture and arts scene in the region: “I was so amazed when I first moved down here—New Yorkers think the whole world is in New York; you don’t realize all the amazing things going on beyond the city.”

Stephanie’s love of community is what draws her to Carolina Performing Arts, especially the ways in which CPA bridges the gap between academics and the performing arts: “The way CPA has been able to pull in different disciplines around programming is key. University settings are such great opportunities because you have the academic world at your disposal.”

Stephanie is most excited about CPA’s artist residencies. “Artists in residence are better able to bring audiences together because they build trust and respect over multiple visits.” This model gets at the core of what Stephanie believes about art: that it should be about engaging people, rather than being art for art’s sake. CPA DisTIL fellow Robin Frohardt’s Plastic Bag Store was one of her favorite CPA installations and performances so far, and she is excited to see more from other artists-in-residence.

Hughley leaves us with this thought about the arts and building community: “There’s a big world out here, and together you’re always better than by yourselves.” We are grateful to Stephanie for her investment in CPA’s mission and our ongoing work to create transformative experiences around the art for our communities on campus and beyond.